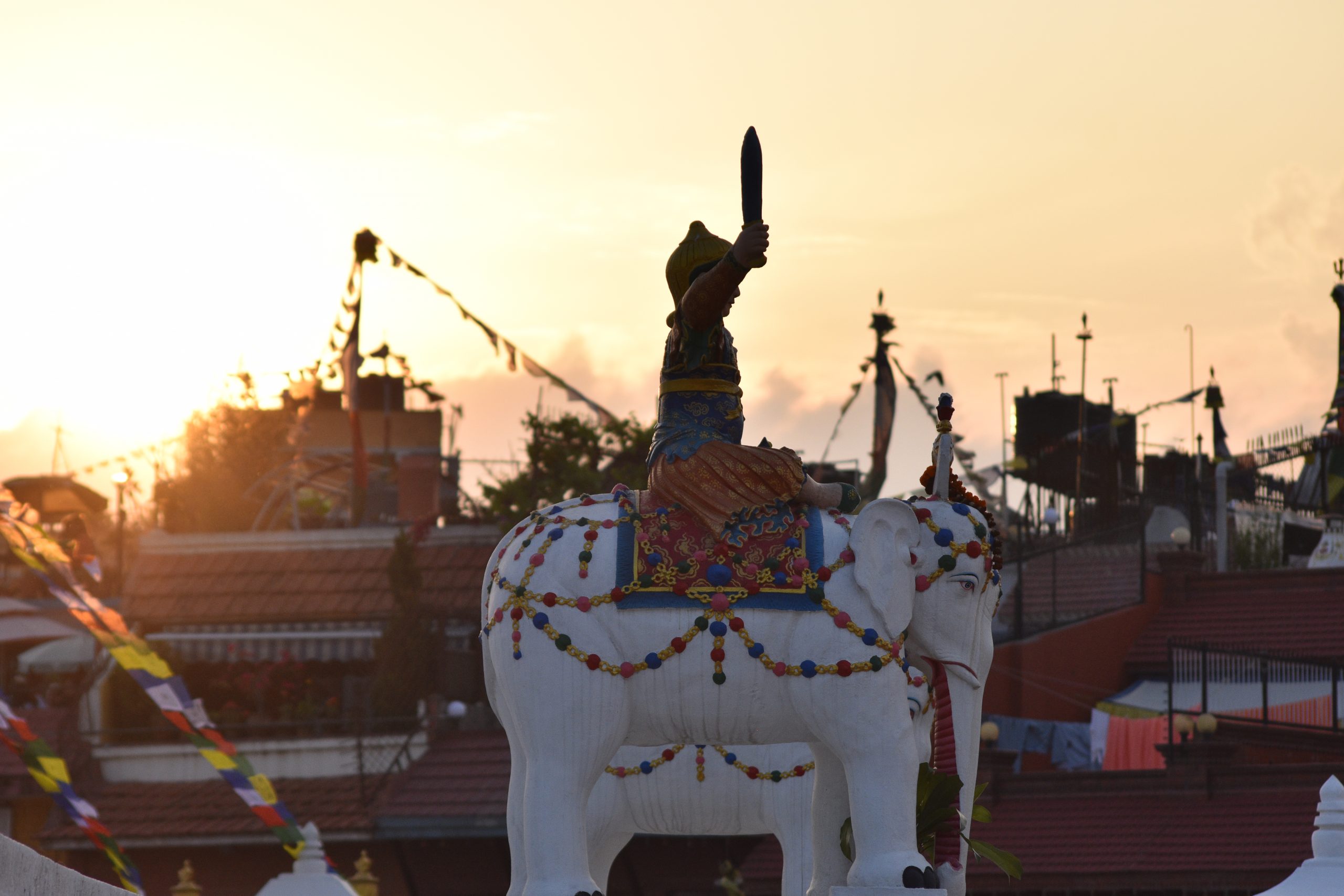 Every day, we see dozens of photos and videos from around the world. But they are never enough to describe it...

A year ago, in early April 2019, I embarked on a journey to Nepal with Andrea Morghen, Michele Colombo and Matteo Campestrini. It wasn't Andrea's first time - as the director of Religion Today Film Festival, he had already been to Kathmandu to be a part of the Human Rights International Film Festival. This time he travelled with me and Michele, who were part of the international project "Young people for cinema and solidarity", and Matteo, who works for Religion Today, to present the film "Alganesh" which was competing at the festival.

Arriving to Kathmandu (much like Dhaka, which I had travelled to two years before) gave me a great shake in my perception of life and the world. Every day, we see dozens of photos and videos from around the world. But they are never enough to describe it. Immersing oneself in that reality that is so different from our is quite a shock. The following days, full of extraordinary events, transforms shock into a continuous wonder.

That same evening, after having met the organisers of the festival and saw some Nepali friends which had been our guests in Trento. We met Federica, who opened the travel agency "Garima Voyage" in Kathmandu. She organised our tours to some projects outside the capital.

Throughout the first days of our journey, we were always around the cinema for the Human Rights Film Festival; we watched several films and discussed them with filmmakers from all over world. I remember meeting our friends from Bangladesh, Korea and Kazakhstan that we met at Dhaka International Film Festival. We also became great friends with two Danish filmmakers with whom we spent hours and hours talking about the films and on the creation and productions of films in general. Furthermore, we visited Durbar square in Kathmandu where you can find Hanuman Dhaka, a complex of buildings that comprise the Royal Palace, a UNESCO world heritage.

Once the festival was over we jumped on a jeep with our Nepalese guide Lilabahadur and went on a visit to Rarahil Memorial School. We were then welcomed in a centre for women victim of violence, managed by Apeiron. Many women wanted to share their stories with us, and show us how their lives were changing for the better in that shelter. In the afternoon, we visited Pashupatinath Temple: the temple of Shive, on the shores of the sacred Bagmati river. While we were there, a funeral was taking place and the cremation was taking place in front of our very eyes. This religious site is considered one of the most sacred for Hindus.

The day after was dedicated to adventure. A "brief" (at least that's how the guys described it) hike, which for me was a massive challenge. We left from a small village that brought us to a thick woodland, walking through one of the famous suspended bridges. While we walked, the landscape kept on changing. From the forest, we walked through some fields and arrived to a central road in a mountain village. The night before it had rained, and we were now walking in mud. We met some women who were carrying big baskets of fresh grass to feed the animals. These women were walking barefoot on such difficult paths, while I was constantly thinking I would fall down at the next step. We had lunch with some momos, Nepali dumplings filled with meat and spices, in a tavern halfway on the road to our destination: Namo Buddha. This is a very picturesque Buddhist monastery, where the legend says that Buddha fed with his own flesh a hungry tiger and the cubs. After two hours walking, when I thought we had reached the monastery, I saw hundreds of steps that were going to bring us to the top of the mountain, surrounded by Buddhist prayer flags. Thousands of colours were walking alongside us towards the temple. Once we arrived, we admired the breathtaking landscape and had dinner with young pupils at the monastery, kneeling in front of a small wooden table.

Thousands of colour were walking alongside us...

On our last day, we visited Deupur school. It is on the side of a mountain facing a really vast valley with the Himalayas in the distance. To reach this school, many children walk for up to an hour along mountain paths. To end the day, we went to the SOS village, welcoming centres were orphans are adopted by a couple and live a normal family life, attending school. A couple can have up to 10 children, creating a great family.

Me and my friends managed to visit not just Kathmandu and its historic sites, but also the beauty of nature, temples and other towns. We met new people and old friends. In the Buddhist temple, we looked inside of us and reflected in silence and peace. We saw the difficulties of many Nepali people, but also their strong and deep spirituality.

Colours, scents, traffic, nature, temples, people, prayer flags... All of this found some space in my memory and sometimes, unexpectedly, brings me back. And I live those place and that journey again and again.